I have 37 years of hand on courtroom experience providing drunk driving defense for individuals charged with operating while impaired. Call it OUI, DWI or operating under the influence but Massachusetts has not yet outlawed drinking and driving. It is illegal, and irresponsible, to operate a motor vehicle on a public road when your ability to drive safely has been impaired by too much alcohol. The real question is whether you were actually impaired at the time you were stopped. Police officers have an obligation to arrest anyone they think may, even remotely, be driving their car while impaired. It is up to a jury to make a final decision based upon evidence adduced in court to determine whether an offense has occurred.  Even if you elect to not go to trial we can help minimize the possible consequences of a conviction. 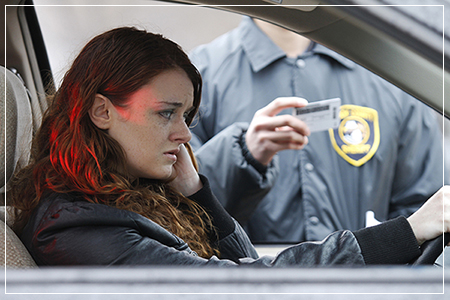 In Massachusetts a person is presumed guilty of “driving under” if they have a blood alcohol level of .08. On conviction, even for a first offense, a person can be fined, sentenced to up to 2 ½ years in jail and can lose their drivers license for up to one year. First offenders may be able to recover limited (12 hour per day) driving privileges within a few weeks but subsequent offenders will not be able to obtain driving privileges so quickly. Refusing the Breathalyzer test will lead to long license suspension periods. “Alcohol education” programs may be available. Second offenses, and beyond, involve mandatory jail sentences and, after the passage of “Melanie’s Law” in October of 2005, the installation of ignition interlock devices upon the persons car upon the reinstatement of their license. Convictions can also lead to mandatory insurance surcharges for years to come.

Having a drunk driving defense lawyer knowledgeable in this area is essential. Your income and liberty are at stake. Whether you should enter into a “plea bargain” or go to trial before a jury is a complicated decision that can only be made, in an intelligent fashion, after all of the facts leading up to arrest have be discovered and analyzed.

Should You Take A Breathalyzer Test?

This is the subject of continuing debate among the defense bar which has become more complicated since Massachusetts adopted laws requiring a “guilty” finding upon a breathalyzer reading of .08 of higher. Many attorneys used to advise to never take the breathalyzer. Others said doing so was fine if you have had one or two drinks. Bear in mind the following generalizations: one 12-ounce beer equals 1.25 ounces of hard liquor or one four-ounce serving of wine. One’s blood alcohol level generally increases .02 percent for each serving. Over an hour, your body clears the alcohol, through metabolism and excretion, at a typical rate of .015 percent for males; (the rate for women is 1.25 times greater). However, many factors – e.g., what you had to eat, your basic body makeup, height, weight, state of health – affect the rate of alcoholic elimination. Many experts believe that breathalyzers are inherently incapable of properly discerning one’s true alcohol blood level.

Nevertheless, Melanie’s Law, which went into effect October 2005, provides first offenders will lose their license for 180 days if they refuse the breath test. Second offenders lose it for three years. Third offenders for five years. Fourth offender lose it for life even if they are not ultimately convicted of drunk driving!

It is my opinion all first offenders, who believe their blood alcohol level is low, should now take the test. Even if you fail you will be able to get your license back sooner then if you refuse.

Individuals with prior convictions are, however, faced with a dilemma. Taking the test could help the prosecution put them in jail for years. As the number of prior convictions rise, and the number of years of imprisonment faced rises as well, the decision becomes more acute. There is no easy answer that will be right for all people in all circumstances.

Additionally, individuals who are stopped should politely refuse to submit to the field coordination (sobriety) tests offered by the officer. At that point in the stop the officer has, probably already decided to arrest you but is simply accumulating additional evidence to use against you in Court.

*Additional fees and costs (i.e, Head Injury Fund $250.000 and Victims of Drunk Driving Assessment $50.00) will be assessed by the court upon sentencing. This number does not reflect the cost of future motor vehicle insurance surcharges, probation supervision fees or the costs of alcohol education programs.

Contact Us Today By Calling 508-222-0700 or By Emailing Us At TKobanEsq@Earthlink.net